Y@mna rehman khan...!
I am a free but clumsy spirit...! Floating in the n-dimensions of my dreams and stumbling over and over..! It,s never I that make the thing go wrong [I is a good girl... good enough to plash and splash ], around me everything happens itself... on its own...! and believe me every time it happens it happens for the bad...! :grin

hey i,ll be having a new blog

I would be having an active blog on word press from now-on.

I miss the sun we shared.

Warda ikram, Hadia Ameen, Summaiya Ali,
sitting under the sun ,
I am here missing you people and the Sun that we used to share.
Sun is shining the usual way but neither Am I sitting on the grassy patch of our college garden nor I have you people by my side.


I miss the achar paratha that we used to eat,
[believe me it doesn't tastes least bit good when you people are not around]

I miss the bad jokes that I can crack only in Sumi,s presence.
[DAMN HER EYES AND EXPRESSIONS.]
I have never been so interested in talking about bad stuff but she.... argh
Now I am a bad girl ;)
Thanx to you.

I miss all those badminton matches between me and my dear hadi.
And that stupid and [nahoosat bhari] commentary of Warda ikram and Summiya Ali.
we would have used our rackets more on them than the poor shuttle.

I miss those taxi rides when I and Warda used to jump off without paying the fare
and Sumi and Hadi were left to give whole of the rent.

Quli qutub shah wrote this kalam back in sixteenth century,
[He was the first Sahib-e-deewan poet of urdu.]

When Ahmad faraz sahab wrote his ghazal which was in qutub,s "zameen" he ended his ghazal with the following shair.

Gibran out of "sand and foam"

.
.
.
I am forever walking upon these shores,
Betwixt the sand and the foam,
The high tide will erase my foot-prints,
And the wind will blow away the foam.
But the sea and the shore will remain
Forever.

Well on the last Monday, it was Sumi,s wedding.
we never took her for that but she was and is a good friend...!
Posted by Y@mna rehman khan...! at 9:34 PM No comments:

My office was closed for three days on the basis of you can well assume what.
And when I was coming here today, I was told by a fellow passenger that my office is situated in a building very likely to be BOMBED away.
Arghhhhhhh......!


I am fed-up of things...,
specially of people who message me and tell me that today this and that place is likely to be blown away and in this much hours...!
[usually containing the name of the place my office is situated in]
Come on...!

I fear half of the Pakistani population is in ISI....!
God help you.


Guys things are already too worse to need your help in further worsening.
Get a life....!
Posted by Y@mna rehman khan...! at 2:05 AM 2 comments:

All paid jobs absorb and degrade the mind
Aristotle.

So my dear yamna.., what do you think of thisssssssssssss?


money is money, do not to be jealous of others and shut your mouth!
Yamna.
Posted by Y@mna rehman khan...! at 1:50 AM 2 comments: 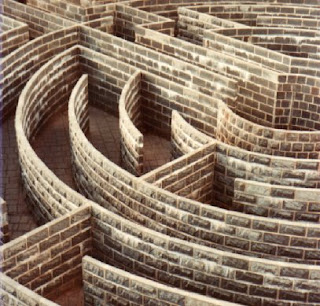 .
.
.
life draws out all the pieces, and when by chance and fate these pieces of jigsaw join, the picture made is so incomprehensible that one wonders at the turns life took.
The spaces between "all that we were" and "all that we are" are so well filled and everything has such a good excuse to happen that one just cant help but sit bewildered.

Life is a bad thing, it goes round and round and you meet the same people on every corner and yet you know that you have traveled miles and centuries. Days pass and nights pass, and eventually you pass away, but all you remember meeting is blockages, walls, turn-abouts, round-abouts and people shouting that you are nothing and will remain to be nothing.

Yet one crosses all mazes and at-least once in his lifetime finds a destination, and then finds that it was not but a milestone.

My head is a roller coaster and is fed-up of rolling over and over.

my neck hurts..., cant carry the weight of this small brain and big head, ANYMORE..!

Why migraine has started traveling down the body.. it,s back and limbs now..!
Posted by Y@mna rehman khan...! at 1:37 AM 6 comments: